Dressed as an enslaved woman from 19th century North Carolina, Leesa Jones, executive director of the Washington Waterfront Underground Railroad Museum, tells the story of the journey to freedom that thousands of enslaved people endured.

Housed in an old caboose at the corner of Main and Gladden streets, the museum is small but filled with information and artifacts from the time that enslaved people were a part of life in Washington. Although the artifacts and reprints of wanted posters for runaways are fascinating, Jones and her narration are what truly bring the story to life.

As she describes the journey, what emerges is an interweaving of moral outrage, courage and ingenuity.

It was the enslaved people and their need to be free and a network of abolitionists fierce in their defiance of slavery that created the Underground Railroad. Although many of the people who were a part of it were white, the effort crossed racial and cultural lines, a point Jones emphasizes.

Jones draws particular attention to William Still, one of the best known and most effective of the abolitionists. A Black businessman from Philadelphia, he was born across the Delaware River from Philadelphia in 1821 in Burlington, New Jersey, and in 1847 started working for the Pennsylvania Society for Promoting the Abolition of Slavery and the Relief of Free Negroes Unlawfully Held in Bondage. Three years later, he became the chairman of the society’s Vigilance Committee, the arm of the society that actively brought enslaved people to freedom.

Still is particularly important because of his 1872 book “The Underground Railroad,” which is notable because the stories of the enslaved people are told almost entirely through their letters, correspondence and interviews.

The book includes the story of William Jordon (page 129) that Still recounts, describing why a person would choose to live for 10 months in the swamps and three months in a cave, “surrounded with bears, wild cats, rattle-snakes and the like.”

“Under Governor Badger (sic, probably Sen. Edmund Badger), of North Carolina, William had experienced Slavery in its most hateful form. True, he had only been twelve months under the yoke of this high functionary. But William’s experience in this short space of time, was of a nature very painful,” Still wrote.

In Still’s narrative, Jordon became the property of Badger when the white man married his third wife. Badger and his wife were not good masters to Jordon and Jordon’s wife.

“The governor and his wife were both equally severe towards them; would stint them shamefully in clothing and food, though they did not get flogged quite as often as some others,” he reported.

What finally drove Jordon to escape enslavement, though, was the separation from his wife.

“(H)is honor gave him distinctly to understand that the idea of his going two hundred miles to see his wife was all nonsense … ‘If I said so, I did not mean it,’ said his honor.”

In his book, Still includes letters describing the conditions many of the escaping enslaved people endured. A letter from prominent abolitionist Thomas Garrett about three men who arrived from the South and needed a place to stay is similar to a number of other letters.

“Respected friend, William Still,” Garrett wrote, “I write to inform thee, that Captain Fountain has arrived this evening from the South with three men, one of which is nearly naked, and very lousy (covered in lice). He has been in the swamps of Carolina for eighteen months past … I would send them on to-night, but will have to provide two of them with some clothes before they can be sent by rail road.”

The origin of the phrase “underground railroad” is unclear. Numerous sources place the first use of the term in 1831 when Kentucky slave Tice Davids swam the Ohio River to the free state of Ohio with his master hard on his tail. An Ohio abolitionist named Rush Sloane claimed that when Davids’ master returned home emptyhanded, he blamed the escape on an underground railroad.

By 1840, the term was in general use in describing the network of safe homes, conductors and others who actively helped enslaved people to freedom.

Located at the mouth of the Pamlico River, antebellum Washington was a bustling industrial port, second only to Wilmington as the busiest port in the state, and was ideally situated to aid in the escape from bondage that the underground railroad offered.

“By 1850 Washington was the largest shipbuilding port in North Carolina. And it rivaled only Wilmington in size,” Jones said.

Her observation is confirmed by an East Carolina University research paper, “The Castle Island Ships’ Graveyard: The History and Archaeology of Eleven Wrecked and Abandoned Watercraft,” written in 2006 by Bradley A. Rodgers and Nathan Richards.

“By 1849, John Myers and Sons were building steamships in the port. The company completed two steamships that year,” according to the authors. “The following year Washington ranked as the number one shipbuilding center in North Carolina. A census completed in 1850 documented 23 shipbuilders living in Beaufort County.”

Jones said the port of Washington was a center of international trade, and the state’s exports of agricultural products and naval stores shipped to destinations as diverse as the northeast coast of the United States and Canada, Europe and the Caribbean. Those ships with their worldwide ports of call were a pathway to freedom for the enslaved.

“Freedom seekers used this river,” she said, “to get their freedom literally anywhere that a ship could go.”

What she describes was a vast network of people and places that gave the enslaved people of the South a chance to be free before the Civil War.

“You could get your freedom not just north and Canada,” she said. “People don’t realize the Underground Railroad ran south.”

She points to Fort Mose (pronounced Mo-say), a small settlement of free people of color that existed just outside St. Augustine, Florida. The town, sanctioned by the governor of the province when it was under Spanish rule in 1738 was “the first legally sanctioned free Black town in the present-day United States,” according to the Florida History Museum.

Jones describes a remarkably sophisticated network that included coded phrases and words that were commonly used but, only for the trained ear, delivered a message of hope.

To the untrained ear that sounds like an invitation to breakfast, but for the conductors and passenger of the underground railroad, the meaning was quite different.

Depot, she explained, would be almost any meeting place that had been agreed upon earlier.

Yet that only hints at the complexity of the journey to freedom for enslaved people.

A number of the ship’s pilots and captains who called Washington their homeport were enslaved. There was little motivation for them to escape their bondage — their skills were highly prized, and they were often quite well off and many had families that they could not return to if they left. Yet if the Black pilots and captains did not wish escape themselves, Jones said she believes they would often help others.

“They could tell you everything,” she said. And if they did not themselves seek freedom, they would often turn a blind eye to stowaways who were fleeing. Still’s book is filled with stories of Underground Railroad passengers, secreted in ships as they traveled north to Philadelphia or other free ports.

For Jones, who grew up in Washington, the stories she heard as a child are part of her own journey of discovery. Her grandmother would tell tales of her ancestors coming to America “in the snow,” and she would wonder because there is seldom snow in Washington.

And then she realized, “The Snow was the name of the slave ship coming from West Africa.”

She spent her summers as a child in Philadelphia, and remembers hearing the adults say, “Somebody went to Timbuktu. All I knew about Timbuktu (was that) it was in Africa.”

But what she subsequently learned was that Timbuctoo was an early African American settlement in New Jersey. According to the New Jersey State Library, the community dates from 1826. It is in Mount Holly about 3 miles southwest of Burlington.

For Jones, the process of uncovering the stories of the Underground Railroad has been a journey of discovery that keeps revealing more tales to tell of the people who believed so strongly in the freedom for others. And as those stories are revealed, different ways to understand what happened will continue to unfold.

“History is really like a diamond,” she said. “The more you turn it, the more you’re going to see.”

﻿ Warren the loveable tripod wants you to be his new owner! Learn more about Warren in this video. OBX SPCA new address is 378… 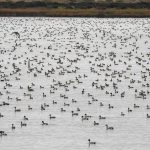 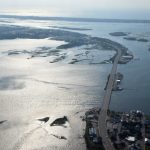 Downtown Swansboro, at the bottom right in September 2019, is looking for feedback to improve resilience. Photo: Mark Hibbs/Southwings Swansboro is encouraging the public to…