RALEIGH — Gov. Roy Cooper announced Thursday that he has appointed Elizabeth Biser as secretary of the Department of Environmental Quality.

“Elizabeth Biser is a strong leader who has experience with this environmental agency and knows its critical work in North Carolina,” said Cooper in a statement. “I look forward to working with both Secretary Biser and Director Delli-Gatti to protect our air, land and water and ensure North Carolina’s transition to a clean energy future.”

Most recently president of Biser Strategies LLC, a lobbying firm, and the senior policy advisor of the Recycling Partnership,

Previously, Biser, a Whiteville native, was the vice president of policy and public affairs of the Recycling Partnership, the government relations and policy adviser of Brooks, Pierce, McLendon, Humphrey & Leonard, LLP and the director of legislative and intergovernmental affairs at the North Carolina Department of Environment and Natural Resources, now known as DEQ.

“I am honored and humbled to lead the agency charged with providing environmental stewardship for the health and prosperity of all North Carolinians,” Biser said. “I look forward to working with key leaders, stakeholders and people throughout North Carolina to fulfil this important mission. I enjoyed working with DEQ’s predecessor agency several years ago and am delighted to return and have the opportunity to lead DEQ at this critical time.”

She holds a bachelor’s and a master’s of public administration from the University of North Carolina Chapel Hill.

“In Elizabeth Biser, Governor Cooper has nominated a woman who has spent her career advancing smart environmental and natural resource policy in North Carolina. Through her policy expertise and strong network within the state’s business community, Elizabeth possesses the right mix of experience, knowledge and relationships to serve as an effective leader for the Department of Environmental Quality,” said David Kelly, director of North Carolina Political Affairs for Environmental Defense Fund, in a statement.

“I’m confident that Secretary Biser will lead with a solutions-driven approach, laser-focused on continuing to grow North Carolina’s economy while safeguarding the health of our state’s people and communities,” Kelly continued. “Running the Department of Environmental Quality requires a highly-qualified leader who can manage one of the most complex portfolios in state government. Secretary Biser more than fits the bill.”

(NC Wildlife Resources Commission) On Jan. 25, at approximately 2:30 p.m., Brandon Marshall of Engelhard was fatally shot while duck hunting by a member of…

Cold-stunned speckled trout. [courtesy NCDMF] The N.C. Division of Marine Fisheries wants to remind the public to report any cold stunned spotted seatrout they may…

Please tell us a little bit about yourself.  Hometown: Pennington, New Jersey.  Education: Undergraduate degree in History and Anthropology and certificate in Museum Studies from The College of William & Mary. Master’s of Science Education from… 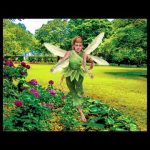