Chemours has been airing TV spots in recent weeks highlighting the company’s $100 million investment in new technology to reduce pollutants by more than 95%. The 30-second spot, “Good Neighbors Care,” states the company’s goal of further reductions to 99% by 2030.

“Our quality of life begins with a quality environment. That’s our Chemours commitment,” the ad’s narrator says.

Researchers and state environmental regulators have identified the company as the source of surface and groundwater contamination and illegal air emission levels of per- and polyfluoroalkyl substances. This includes years of dumping PFAS into the Cape Fear River, the drinking water source for communities downriver, including Wilmington and Brunswick County. The company is also operating under a court order in 2019 to reduce its PFAS emissions by 99%.

“We certainly wouldn’t knowingly dump poisonous chemicals in our neighbors’ drinking water for decades, reap huge profits and refuse requests to pay to clean up our mess, then go around the neighborhood bragging about how awesome a neighbor we are,” Olson-Boseman said in her statement.

“Since the discovery of GenX and other emerging contaminants in our drinking water system became public in 2017, New Hanover County and the Cape Fear Public Utility Authority have pushed Chemours to voluntarily clean up the mess they made,” she continued. “A good neighbor would have eagerly done so.”

Instead, she said, the company is now acting only because of a consent order that forces Chemours to provide testing of private wells and remediation.

“A good neighbor would have voluntarily paid for upgrades to drinking water systems to filter out the chemicals they dumped into our environment. Instead, the Cape Fear Public Utility Authority has undertaken upgrades costing nearly $50 million and are suing Chemours to recover costs,” she said. “A good neighbor would have voluntarily taken steps to prevent contamination in the future. They did, as the advertisements suggest, invest in systems to remove pollutants from entering the Cape Fear River. But only after being forced to by the N.C. Department of Environmental Quality.”

In his comments, Thompson called the ads deceptive and frivolous and said the company is no friend to North Carolina or Brunswick County.

“Publicly patting yourself on the back for doing something only because you’re in trouble with the State would be comical if it wasn’t so serious for those of us who live downstream from them. That’s because the new technologies Chemours had to install only prevent more PFAS from escaping their Fayetteville Works Plant. They do nothing to remediate the decades-worth of contaminants that remain in the Cape Fear River— our County’s main source of water,” he said.

Thompson noted that Brunswick County is currently financing and building an advanced treatment system to remove PFAS from its drinking water, “to the tune of more than $160 million” with no compensation from the company. He notes the county’s ongoing lawsuit against the firm filed in 2017.

“If Chemours cared so much about being a good neighbor to North Carolinians, they would not have spent decades knowingly putting contaminants into our environment that next to no one knew existed nor how to test for,” he said. “If Chemours cared, they would have put safeguards in place decades ago to protect people and the environment from their plant’s contaminants before they came under scrutiny through media-driven exposés and state-mandated consent orders.

“And if Chemours really cared, they would voluntarily pay for the expensive water treatment upgrades that utilities like Brunswick County need to remove their contaminants from our drinking water. That is what a good neighbor would do.” 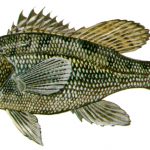 This page highlights the agenda and meeting materials for the Monday, December 12, 2022, meeting for the Board of Commissioners for the Town of Kill…

This page highlights the agenda and meeting materials of the April 8, 2019, Kill Devil Hills, North Carolina, Board of Commissioners meeting. Add to favoritesCredit:… 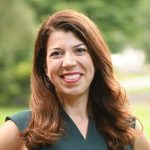