The Carteret County Beach Commission is expected to elect a new chairman and vice chairman when it meets Monday in Emerald Isle.

The meeting is set for 2 p.m. in the town board room at 7500 Emerald Drive. The meeting agenda was posted Wednesday on the county government website.

Normille had served on the Beach Commission since 2016 and as chair since February 2021.

County commissioners appointed Watson, Mike Fiorini of Salter Path and Atlantic Beach Councilman Austin Waters to three-year terms on the 11-member Beach Commission, which is responsible for beach nourishment and maintenance using a portion of proceeds from county occupancy tax collections as well as federal, state and other local funding. 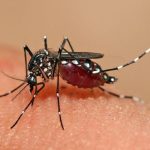 ﻿ In a Feb. 16 update, the Dare County Department of Health and Human Services (DHHS) said it will know by Thurs. Feb. 18 if… 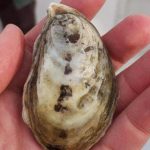 MOREHEAD CITY — The N.C. Division of Marine Fisheries is reminding anyone conducting or interested in aquaculture operations that permits are required for different activities,…

[zz/STRF/STAR MAX/IPx image] Less than a day after a report aired on “60 Minutes” from a whistleblower detailed company practices that prioritized profits over safety,…