This is a developing story.

The Army Corps of Engineers, citing a recent court decision in California throwing out Trump-era regulatory changes affecting water quality certifications under section 401 of the Clean Water Act, has put a hold on permitting decisions under its nationwide permit program.

The Corps has not formally announced the suspension of its nationwide permit program that provides more expedited Clean Water Act Section 401 approval for a wide range of projects including stormwater management projects, renewable energy, pipelines and other infrastructure as well as residential and commercial development and agriculture projects.  But while it doesn’t appear that the Corps has issued a formal public notice, a blurb under the “Latest News” heading on the Corps’ Sacramento District’s website noted Nov. 4 that final permit decisions that rely on a Section 401 water quality certification or waiver under the Environmental Protection Agency’s 2020 rule would not be made “at this time.”

“The Corps is working to provide more refined guidance that provides a way forward that allows us to finalize permit decisions,” according to the post.

The EPA notes on its website that the order requires a temporary return to a 1971 rule until the agency can finalize a new certification rule. The agency said its own review of the 2020 rule “identified substantial concerns with a number of provisions that relate to cooperative federalism principles and CWA section 401’s goal of ensuring that states and Tribes are empowered to protect water resources that are essential to public health, ecosystems, and economic opportunity. The agency has already begun working on a regulatory effort to address those concerns.”

According to a Nov. 5 blog post published by the law firm Troutman Pepper, which represents developers, landowners and permit applicants, had received an email notification last week saying that the Corps would not be processing their requests for coverage under a variety of Clean Water Act Section 404 Nationwide Permits. These are general permits for activities that “will cause only minimal adverse environmental effects when performed separately, and will have only minimal cumulative adverse effects on the environment,” the blog’s authors noted, citing the Clean Water Act’s Section 404.

The post notes that the notification on the Sacramento District’s website was on the day that the Senate confirmed Michael Connor as the assistant secretary of the Army for civil works, but adds that It was unclear whether Connor ordered the halt in permitting.

North Carolina Division of Coastal Management Director Braxton Davis, asked Wednesday during the Coastal Resources Commission meeting in Atlantic Beach what the action could mean for projects in the state’s coastal counties, responded that state officials had the same question. 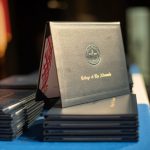 College of The Albemarle (COA) is pleased to announce the graduates for Fall 2022.  We celebrated 79 graduates, with commencement taking place on December 13,…

By Catherine Kozak | CoastalReview.org The Old Oregon Inlet Life-Saving Station is one of the most beautiful historic buildings on the Outer Banks, situated at a…

Today is the third day of National Park Week 2022, and we’re celebrating collaboration! As the official nonprofit fundraising partner of our Outer Banks national…