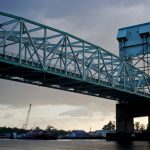 Dare County Library In September, we announced our “Mystery Book Bags” for Children, and they have been incredibly popular! But we want everyone to know…

By Gary D. Robertson, Associated Press The state of North Carolina sued on Tuesday to seek financial damages from companies associated with so-called “forever chemicals” released for decades from a Bladen County plant into the Cape Fear River. Attorney General Josh Stein, who is also a plaintiff in the lawsuit filed against companies related to […]
The post North Carolina sues for damages in ‘forever chemicals’ release appeared first on The Coastland Times.