N.C. Cooperative Extension Spring is finally here, the plants are blooming, the weather is warming, and it’s time to get out and get planting! If you’ve always wanted to grow…

Video celebrates Pea Island Life-Saving Station (Dare County) Current TV, in partnership with the Town of Manteo, has released this video that highlights the historic… 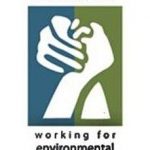 The Environmental Protection Agency is holding biweekly calls to discuss and receive feedback on aspects of environmental justice. The next National Environmental Justice Community Engagement…

Josiah and Ezekiel Vanfleet with their monster blue fin tuna. [submitted photo] A group of anglers from the Williamsburg-area had a big catch on a… 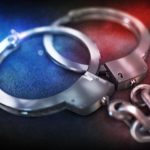 NORFOLK, Va. (WAVY) — Six alleged members of a North Carolina-based drug-trafficking organization were arrested Wednesday on multiple drug, firearm, and murder charges including the murder-for-hire of a Norfolk resident. Court records show that in the indictment unsealed Oct. 21, the defendants were charged for roles in a long-running drug conspiracy allegedly led by Jaquate […]