North Carolina will gain another seat in Congress for the next 10 years, the U.S. Census Bureau announced Monday, the result of a steadily growing population as people arrive for jobs and retirement.

The additional U.S. House seat, the 14th for North Carolina, marks the third time in the past four census cycles that the state will have increased the size of its congressional delegation. North Carolina received a 12th seat after the 1990 census and another after

Muse Originals OBX Get ready to get festive with #Bus252 All events are outdoors, we may have to bundle up but we promise to make…

The Coast Guard assisted four mariners after their vessel began to take on water 23 miles southeast of Oregon Inlet on Saturday. Watchstanders at Coast… 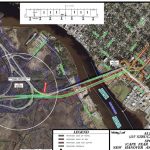 The area for the proposed Cape Fear Memorial Bridge replacement. Image: NCDOT There is a special meeting scheduled for 11 a.m. Wednesday for Brunswick County…