RALEIGH – The Senate is set to consider confirmation of Elizabeth S. Biser, Gov. Roy Cooper’s appointee for secretary of the state Department of Environmental Quality.

The hearing is set for 1 p.m. Tuesday and is expected to be livestreamed.

Biser was sworn in as secretary July 1. Cooper appointed her in June after the Senate voted to not confirm the governor’s previous nominee, Dionne Delli-Gatti. Senate Republicans rejected her nomination over criticism that she had not developed a sufficient strategy on natural gas, a complaint leveled chiefly by Sen. Paul Newton, R-Cabarrus, former president of Duke Energy North Carolina.

Biser, a Whiteville native, was previously vice president of policy and public affairs of The Recycling Partnership, which provides grants, technical assistance and tools for improving recycling.

[NCDOT/Ferry Division Photo] Shutterbugs rejoice! The N.C. Department of Transportation’s Ferry System is holding a summertime photo contest to celebrate its 75th Anniversary. The contest will…

This update on Alma was posted early on the morning of June 24 by the Corolla Wild Horse Fund. Full story Add to favoritesCredit: Original…

The Robinson Helicopter R44 II was registered to Star Quest LLC of Wilmington, Delaware. [photo courtesy FlightAware.com] The National Transportation Safety Board has released an… 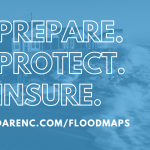 Whether you live in the Outer Banks year-round or own a second home here, protecting your property is essential. Even homes in areas that generally…