The Wilmington Urban Area Metropolitan Planning Organization is expected to consider this week a potential public-private partnership to replace the Cape Fear Memorial Bridge with a toll bridge.

The planning organization is set to vote on whether to support the proposal during its meeting set for 3 p.m. Wednesday. A vote of support would signal the North Carolina Department of Transportation to move forward with further review and evaluation of the concept of a toll bridge to replace the existing span completed in 1969.

The federally mandated and federally funded planning organization was created in 1978 when the region reached 50,000 in population. The organization is the regional transportation planning agency for the lower Cape Fear region and “facilitates a cooperative, comprehensive, and continuing transportation planning process that serves as the basis for the expenditure of all federal transportation funds in the area for streets, highways, bridges, public transit, and bicycle and pedestrian facilities,” according to the website.

NCDOT was approached in November with an unsolicited proposal from a private firm for a partnership to replace the bridge. An alliance of construction and engineering firms with support from outside financial backers pitched the concept.

The current four‐lane bridge, which handles around 60,000 cars per day is at or beyond capacity now, and the volume is anticipated to increase to nearly 82,000 per day by 2045, according to the June 30 draft meeting minutes. To accommodate traffic growth, the replacement bridge will need to be six lanes with 12‐foot-wide shoulders and a 22‐foot-wide inside median. Funding for a replacement bridge in the next 10‐year State Transportation Improvement Program is unlikely.

The developers propose building a 135‐foot-long, fixed-span bridge similar to that considered in a 2020 feasibility study. The replacement would modify the interchange on the west side at U.S. 421 and downtown at South Front Street.

NCDOT would retain ownership and oversight of the facility and conduct inspections, according to the proposal.

The bridge undergoes major inspections every two years and the moveable span is inspected yearly. The bridge has routine maintenance that costs about a half a million dollars annually, which could increase in cost. Maintenance will continue, but it will need to occur more frequently and at a higher cost. This is the only bridge of its kind in the state and that replacement parts are difficult to find and costly, according to the meeting minutes.

The developers propose to handle the environmental studies, permitting, design, construction, operation and maintenance costs and the schedule for on‐time delivery and revenue to make the project viable. The team proposes an overall five‐year program with a contract for maintaining the bridge for 50 years, after which time, operations and maintenance would transition to NCDOT.

Brunswick County commissioners also heard a presentation on the bridge replacement during a special meeting July 21.

November is a great month to study Jupiter and Saturn! If the skies are clear on November 1, you will be able to spot Saturn…

During its meeting on Jan. 11, the Kill Devil Hills Board of Commissioners unanimously approved a project by SAGA Construction that will include 14 four-… 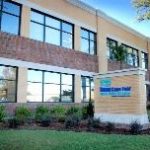