The Environmental Protection Agency has asked its science advisory board to review new data that suggest certain per- and polyfluoroalkyl substances, or PFAS, can cause negative health effects at lower levels of exposure than initially thought and one in particular is likely carcinogenic.

“Under our new PFAS Strategic Roadmap, EPA is moving aggressively on clear, robust, and science-based actions to protect communities suffering from legacy PFOA and PFOS contamination,” said EPA Administrator Michael S. Regan in a statement. “This action will ensure a rigorous review from experienced scientists to strengthen our understanding of this preliminary information as the agency works toward developing revised health advisories for PFOA and PFOS, and soon establishing regulations that protect communities from these contaminants.”

The science advisory board is to review four draft documents with recent scientific data and new analyses that indicate negative health effects may occur at much lower levels of exposure to PFOA and PFOS than previously understood and that PFOA is a likely carcinogen. The draft documents present EPA’s initial analysis and findings with respect to this new information.

After the peer review, this information will be used to inform health advisories and the development of maximum contaminant level goals and a National Primary Drinking Water Regulation for PFOA and PFOS. EPA is now seeking independent scientific review of these documents. EPA is making these draft documents available to the public to ensure a transparent and robust evaluation of the available information.

“EPA will not wait to take action to protect the public from PFAS exposure. The agency will be actively engaging with its partners regarding PFOA and PFOS in drinking water, including supporting their monitoring and remediation efforts,” officials said.

The bipartisan infrastructure law President Biden signed Monday invests $10 billion to help communities test for and clean up PFAS and other emerging contaminants in drinking water and wastewater, and can be used to support projects in disadvantaged communities.

EPA officials said they will work as quickly as possible to issue updated health advisories for PFOA and PFOS that reflect this new science and input from the advisory board. The EPA said it would also continue developing a proposed PFAS national primary drinking water regulation for publication next fall.

Dare County Arts Council We are beginning tp prepare for the 43rd Frank Stick Memorial Art Show opening on January 30th. We are calling to… 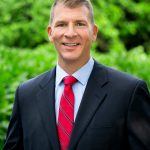 Doug Vogt Doug Vogt will serve as the next chief operating officer of the North Carolina State Ports Authority. Vogt will manage the Port of…