RALEIGH — After a surprise move by Senate leaders to pull the plug on Dionne Delli-Gatti’s nomination to lead the state Department of Environmental Quality, Gov. Roy Cooper accused Republican legislators of using the confirmation process to strong-arm state energy policy and said the decision had nothing to do with qualifications.

“First, Secretary Dione Delli-Gatti is well qualified to serve as DEQ secretary. She is a scientist, she is a veteran, and she has years of experience in environmental and energy policy. I would hope that the Senate would not vote on this tomorrow, she is well qualified to handle this job and to do the job,” Cooper said at a press conference Wednesday. “And I’ll say this to anybody who’s listening, any lobbyist or whoever, nothing is going to stop this administration from working toward a clean energy future for North Carolina, and protecting our air and water.”

Following a short, tense discussion Wednesday morning, the Senate’s Agriculture, Energy and Environment Committee voted not to confirm Delli-Gatti, who has served as DEQ secretary since February.

Sen. Paul Newton, R-Cabarrus, Delli-Gatti’s sharpest Senate critic, accused her of not having developed a sufficient strategy on natural gas and moved to have her confirmation voted down.

Before the vote, Democrats on the committee demanded Delli-Gatti be allowed to answer Newton’s accusations. When committee chairman Sen. Chuck Edwards, R-Henderson, refused, they called the proceeding a sham and walked out.

In a subsequent press conference, Senate leader Phill Berger, R-Rockingham, said the Senate is likely to vote down Delli-Gatti’s confirmation as early as Thursday.

Berger said he informed Cooper of the decision Tuesday after a GOP caucus discussion on the matter.

Under the 2016 law that required Senate confirmation of a governor’s cabinet picks, Delli-Gatti would lose her position.

Berger said his understanding of the law means she could not be reappointed.

At the press conference, both Berger and Newton said they were disappointed by Delli-Gatti’s responses on natural gas infrastructure during her one appearance before the committee five weeks ago.

“Experts recently told the Senate that North Carolina’s reliance on a single natural gas pipeline is the state’s — quote – ‘number one vulnerability,’” Berger said. “Based on our confirmation testimony, Ms. Delli-Gatti has only a cursory understanding at best of the most urgent energy problem facing North Carolina, that is disqualifying.”

Delli-Gatti, a former Environmental Protection Agency governmental liaison and director of Southeast Climate and Energy for the Environmental Defense Fund, testified at the meeting for about two hours on topics ranging from wastewater infrastructure to fishery policies.

The committee held a separate meeting May 18, after the Colonial Pipeline cybersecurity hack during which Newton and others continued to make the case for more natural gas and petroleum pipelines, saying the state is at risk having only one major pipeline for each.

Newton, former president of Duke Energy North Carolina, said with so much of the state’s electricity and heating needs shifting to natural gas, the lack of pipelines is a top vulnerability.

Berger noted that the recent gas shortage had sharpened public awareness of the need for more pipelines and the possibility of interruptions.

As one of the chief negotiators in the southeast for energy policy at EDF, Delli-Gatti is on record as supporting Cooper’s clean energy initiatives and she’s advocated that power producers, including Duke Energy, not rely too heavily on natural gas in the transition away from coal.

“We are committed to a clean, reliable energy transition for North Carolina. While the communities we serve are seeing the benefits of this transition already, we understand there are many opportunities left to further this good progress,” the statement from the company said. “Based on our many years of experience working with DEQ Secretary Delli-Gatti, we fully support her confirmation to lead the Department of Environmental Quality. Secretary Delli-Gatti previously served on our North Carolina president’s advisory council, and we have appreciated her willingness to collaborate on key energy issues and the perspective she brings as the state works together to chart a path forward.”

"Based on our many years of experience working with DEQ Secretary Delli-Gatti, we fully support her confirmation to lead the Department of Environmental Quality. " pic.twitter.com/Vu6JLVma3G

The Senate’s plans drew a sharp reaction from environmental groups, who called the move partisan politics.

“Dionne Delli-Gatti has significant education and experience to lead DEQ, a job she has done well for over a month. The refusal of committee members from the majority party to accept her in this role isn’t founded on any question about her qualifications,” Cassie Gavin, senior director of government affairs with the North Carolina Sierra Club, said in a statement. “This action does a disservice to North Carolinians who want qualified leaders like Delli-Gatti to run our state agencies professionally and competently.”

If the Senate moves forward and votes not to confirm her, Delli-Gatti would be the first cabinet nominee to be rejected since confirmations were required in 2017.

David Kelly, director of North Carolina political affairs at Environmental Defense Fund, said in a statement that Wednesday “should have been notable because our state was poised to advance the confirmation of the first woman to serve as North Carolina’s Secretary of Environmental Quality — not because it was the first time a cabinet-level nominee was blocked since the process was created in 2016.”

Calling Delli-Gatti “a thoughtful, capable and eminently qualified leader,” said her professional qualifications and accomplishments speak for themselves. “She is a committed public servant, a veteran, a successful working mom who’s dedicated her career to bettering the lives of people and families in the communities she serves. We hope the Senate will think better of today’s vote and move forward with Secretary Delli-Gatti’s confirmation.”

In the hearing Wednesday, Democrats warned against heavy-handed use of the relatively new confirmation process. They said there was no reason not to give Delli-Gatti time to respond.

Sen. Natalie Murdock, D-Mecklenburg, said she was disheartened that the process had so quickly become politicized and the state would lose a well-qualified leader as a result.

“The secretary is here with us today. We have the opportunity to extend the process to continue to engage to continue to have conversations. That is the right of this body to do that,” she said. “I think it’s unfortunate that we’re not doing that.

(U.S. Coast Guard) The following statement was issued in the late afternoon on Oct. 23 by Capt. Matt Baer, Commander of Sector North Carolina. “This morning, a fire took place…

Each month, we host “Coffee With a Ranger” on our Facebook page, where we chat live with one of your OBX national park rangers about… 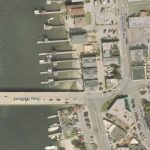 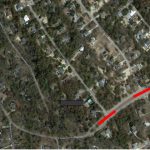 At its July 6, 2021, Town Council meeting, town staff was given the discretion to take additional traffic mitigation measures by implementing specific closures along…