The University of North Carolina Wilmington has named Kenneth M. Halanych executive director of the UNCW Center for Marine Science.

As the leader and chief advocate for UNCW’s coastal and marine sciences, Halanych is charged with oversight of the programs and facilities housed in the center, including MARBIONC marine biotechnology program, the Shellfish Research Hatchery and Finfish Mariculture Program. He is to report to Provost and Vice Chancellor for Academic Affairs James J. Winebrake, officials said.

“Dr. Halanych is an outstanding marine scientist who will bring significant field experience and grants administration expertise to the Center for Marine Science,” Winebrake said. “I am confident he will successfully lead the center to greater prominence and distinction both nationally and globally.”

Halanych joins UNCW from Auburn University, where he is the Stewart Schneller Endowed Chair and Alumni Professor of Biology. He also serves as the curator of invertebrates at the AU Museum of Natural History. Prior to joining AU, he worked at the Woods Hole Oceanographic Institution in Falmouth, Massachusetts.

“UNCW’s Center for Marine Science continues to grow, filling an important role between understanding marine and coastal systems and societal needs,” Halanych said. “The faculty, staff and students have a well-known reputation for high-quality research and technology initiatives. I am excited to work with them, and other stakeholders, to develop the regional, national and international profile of CMS.”

Halanych has earned international recognition for his research on marine invertebrate evolution and genomics. In September 2020, he participated in his 21st major scientific cruise by leading a group of 20 scientists on a 14-week voyage to investigate the biogeography and adaptation of invertebrate animals in Antarctic waters. He has helped secure approximately $10 million in extramural funding and authored more than 200 peer-reviewed publications.

His work has been featured in Nature, Proceedings of the National Academy of Sciences and Current Biology, and he provided interviews for The Chicago Tribune, Mother Jones, Vanity Fair and NPR, among others. He also served on the research board of the Gulf of Mexico Research Initiative that awarded $500 million in funding in the wake of the Deepwater Horizon oil spill. He is the current editor-in-chief of Biological Bulletin.

Halanych has served on several National Science Foundation panels, was a visiting professor at the University of Bergen, Norway, and a visiting instructor at the Friday Harbor Laboratories, University of Washington. In 2018, he was named a Fellow of the American Association for the Advancement of Science.

He holds a doctorate from the University of Texas at Austin and an undergraduate degree from Wake Forest University, where he was honored as the 2002 Distinguished Alumni Lecturer.

During an update on the re-opening of schools to in-person learning, Superintendent Dr. John Farrelly told the Dare County Board of Education at its March…

About a dozen local residents made impassioned pleas to the Dare County Board of Commissioners during an April 19 public hearing, asking it to reconsider… 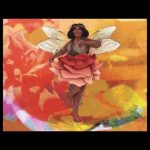 The First Flight Nighthawks (2-3) football team takes it on the road tonight where it face the Currituck Knights (2-2). Catch the game at 6…