Federal funds are back on tap for sand nourishment projects in Carolina Beach and Kure Beach, but back-and-forth interpretations of a law designed to discourage development in storm-prone coastal areas leaves Wrightsville Beach cut out, for now.

The U.S. Army Corps of Engineers recently announced it had shifted construction funds to projects for two of the three beach towns in New Hanover County.

The Corps plans to accept bids for a contract for work to begin after the Nov. 16 environmental window opens and be completed by April 30 next year.

Corps officials decided it was more feasible to reprogram construction funds for those towns because Pleasure Island has an approved offshore sand borrow source, he said.

Wrightsville Beach does not.

Sand injected onto Wrightsville Beach’s ocean shore has, for years, been pumped from a portion of Masonboro Inlet that lies within Coastal Barrier Resources System Unit L09.

This is an area designated as part of the Coastal Barrier Resources Act, or CBRA, a law Congress passed in 1982 to discourage building on relatively undeveloped, storm-prone barrier islands by cutting off federal funding and financial assistance, including federal flood insurance.

CBRA, pronounced “cobra,” was also established to minimize the loss of human life, wasteful spending of federal funding, and damage to fish, wildlife and other resources associated with coastal barriers.

The interpretation of the law as it pertains to whether sand that is within a CBRA zone may be dredged and pumped onto a beach outside of a CBRA zone has gone through a kind of back-and-forth between federal regulatory agencies.

In 1996, Fish and Wildlife officials and the Corps established an agreement that allowed the Corps to dredge and move sand outside of the CBRA unit in a small number of areas, including Masonboro and Carolina Beach inlets, which the Corps dredges to maintain those inlets’ respective navigation channels.

Then, Fish and Wildlife in 2016 released an updated interpretation, one that said the law is intended to keep sand dredged from a CBRA unit within that unit.

The Corps disagreed and continued to maintain the projects in compliance with prior authorizations, agreeing to investigate alternative offshore borrow sources if the projects required additional authorization.

In late 2019, then-Interior Secretary David Bernhardt announced that federal funds could be used to pay for dredging sand within CBRA units and placing that sand on beaches outside of CBRA zones for shoreline stabilization projects.

The Biden Administration in July overturned that decision.

“We are currently in the process of identifying and conducting environmental clearances for offshore borrow sources for Wrightsville Beach,” Connolly said.

He said the process could take up to a year and is subject to the availability of funds.

A Wrightsville Beach nourishment contract “could be awarded next summer,” Connolly said.

Layton Bledsoe, New Hanover County shore protection coordinator, said county officials have made it clear to the Corps that the agency is “as sure as science will allow” that material from an offshore borrow site is comparable to the high quality of sand dredged from Masonboro Inlet.

“I’m confident they will do what’s necessary to make themselves comfortable that the material works,” Bledsoe said. “We can’t put substandard material up on the beaches. We just can’t.”

The CSRM projects in New Hanover County are some of the earliest in the Corps. The projects in Wrightsville Beach and Carolina Beach were first authorized in the mid-1960s. Kure Beach’s project was authorized in 1997.

Officials in all three towns and New Hanover County were rocked when they learned early this year that the 2021 Work Plan for the Army Civil Works program did not include appropriations for their longstanding shoreline maintenance projects.

Bledsoe said the county is prepared to bring its share of the funding to the table.

An Oct. 18 news release from the office of Rep. David Rouzer, R-N.C., explained that it was at the urging of Rouzer and Republican senators Richard Burr and Thom Tillis that the U.S. Office of Management and Budget and the Corps shifted funding for the projects.

“Throughout Congress, Rouzer, Burr, and Tillis spoke directly with all levels of the Army Corps to encourage the funding of this project,” according to the release.

“After urging the Corps to act, I’m pleased unused funds from other projects for the Carolina Beach and Kure Beach renourishment project has been approved,” Rouzer stated in the release. “This is a major win for Carolina and Kure Beaches, and it would be for Wrightsville Beach too if not for a change in how current officials at the Department of Interior are interpreting the Coastal Barrier Resources Act – an interpretation that is preventing sand from being used from Wrightsville Beach’s long-time historical borrowing site. This is not delaying renourishment but making it that much more costly as well. In spite of this new obstacle of nonsense, funding will be achieved. It will just take more time.”

[Courtesy NC Wildlife] “On the Road, On the Water, Don’t Drink and Drive” is an annual campaign by local and state law enforcement agencies, supported…

Already the winner of a Cash 5 jackpot, Judy Marshburn of Spring Hope found herself back in the winner’s circle Wednesday, this time collecting the…

(North Carolina Coastal Federation) Once seaworthy vessels, now damaged or sunk along the coast following hurricanes Florence and Matthew, are slated for removal beginning this… 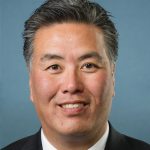