The state is asking for public comment on the draft 2021 White Oak River Basin Water Resources Plan, which explores water quality and water quantity issues in the basin.

The basin plan is designed to help state and local leaders identify areas that need additional protection, restoration or preservation to ensure waters of the state are meeting their designated use. This is fourth document to be developed for the White Oak River basin.

The basin is made up of four small river systems — New River, White Oak River, Newport River and North River — all of which drain south directly into the Atlantic Ocean and Back, Core, and Bogue sounds, according the North Carolina Department of Environmental Quality Division of Water Resources. Nearly a third of the basin is wetlands.

Most of the impaired waters in the White Oak River basin are associated with shellfish growing area classifications, as detailed in the integrated report that is based on water quality assessments and is updated every two years per the Clean Water Act.

Other impairments in the basin are associated with chlorophyll a, dissolved oxygen, turbidity, fecal coliform, enterococcus and copper. 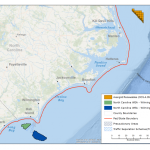 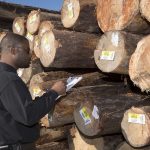 This summer, for one night only, Downtown Books and the Dare County Arts Council will be welcoming not ONE but TWO Summer Beach Queens to…