North Topsail Beach will not be joining its neighboring island town on a multi-million-dollar beach nourishment project.

North Topsail Mayor Joann McDermon earlier this month sent a letter to the Army Corps of Engineers notifying agency officials that the town would not, for a variety of reasons, be able to meet the deadline to commit to signing a project partnership agreement, or PPA.

The move ends months of discussions about the proposed 50-year, joint coastal storm risk management, or CSRM, project with the Corps and Surf City, one that has been on the table for more than 20 years.

Surf City plans to move forward with its portion of the project, which would nourish all 6 miles of that town’s oceanfront shoreline.

“The town certainly is not breaking away from the project,” Surf City Town Manager Kyle Breuer said.

As the years have passed, estimated costs of the project have drastically increased.

Under the PPA, the Corps would pay 65% of the project’s initial construction. The towns and state would split the remaining 35%.

According to the latest estimates provided from the Corps, North Topsail Beach would have to finance more than $26 million, according to McDermon.

She explained in the July 1 letter that entering into an agreement with Surf City and the Corps might jeopardize North Topsail Beach’s plans to fund a Federal Emergency Management Agency, or FEMA, project along the same stretch of beach this coming fall.

Funneling funds to the joint project would also limit how much money the town would have to pay for nourishment costs along its remaining 7 miles of beachfront, she wrote.

The town also is looking at the expense of replacing its south fire station.

If the town agreed to the joint project, McDermon wrote, that “could reduce or eliminate NTB’s ability to fund this necessary public safety item.”

The North Topsail Beach Board of Aldermen recently adopted two municipal service districts in the southern area of town in order to be able to take out a short-term loan for that project, which will be reimbursed with FEMA funds.

The property tax rate will remain the same this fiscal year in those districts.

The town board adopted a property tax rate was increase of .05 cents to a total of.46 cents per $100 valuation. The new tax rate went into effect July 1.

The oceanfront that would have been included in the joint project is already a FEMA engineered beach, meaning the shoreline has been designed and nourished to withstand severe erosion in coastal storms.

About six years ago, North Topsail Beach initiated a more than $15 million storm risk mitigation project in what is known as the “phase 5” area of the oceanfront shore.

Phase 5 includes 4 miles of beach at the southern end of North Topsail Beach starting at the town line with Surf City.

“The history provides perspective for the actions of NTB, including the questions of whether, given the substantial investment the town has already made in the CSRM project area, and the robustness and protection of the beach compared to the other non NTB areas of the Project, is the CSRM Project a proper use of NTB taxpayers’ funds,” McDermon wrote. “This is a question that the Board has wrestled with from the beginning recognizing that the CSRM Project is exciting, and the excellent work done by the USACE team.”

Now, a new partnership agreement will have to be worked out between the Corps and Surf City, which is looking at paying an estimated $24 million over the course of the 50-year project.

“We will work towards de-scoping the project to pertain to Surf City only,” Emily Winget, a public affairs specialist with the Corps’ Wilmington district office, said in an email. “The cost to Surf City will remain roughly the same, although some adjustments are likely as we determine the actual scope. Specifics and exact timings are to be determined.”

Bids for the joint project were anticipated to go out in October with sand being moved onto the beach beginning Dec. 1, Breuer said.

“Whether or not that timeline has been impacted we do not know yet,” he said.

Under the project, Surf City’s beach will be nourished every six years for the next 50 years. 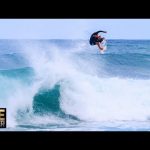 A fire that started in the garage of a residential structure on the 3900 block of Parker St. in Kitty Hawk was extinguished in a…

Join us in celebrating Public Lands Day 2021 in your OBX national parks on Saturday, September 25! “Established in 1994 and held annually on the…

Event by The Outer Banks Hospital Saturday, January 9 from 10 a.m. to 3 p.m. at the Outer Banks Family YMCA The Blood Connection will be…